As the Norse God of thunder and lightning, Thor wields one of the greatest weapons ever made, the enchanted hammer Mjolnir. While some have described Thor as an over-muscled, oafish imbecile, he's quite smart and compassionate. He's self-assured, and he would never, ever stop fighting for a worthwhile cause.

Thor is one of the characters that joins the alliance of heroes in order to prevent Doctor Doom from creating a weapon of mass destruction.

Thor is first seen traveling to Asgard along with Wolverine, Human Torch, and Captain America. Here, they find several Frost Giants and they manage to fight their way through the villains to find Loki. Loki, however, releases the Destroyer. The heroes battle the Destroyer and retrieve the Tesseract which is stolen by Wolverine.

Thor can be unlocked by completing the level Bifrosty Reception. 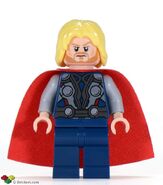 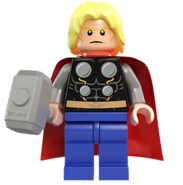 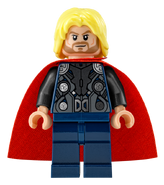 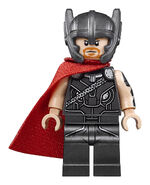 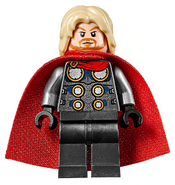 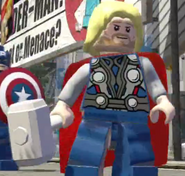 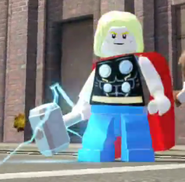 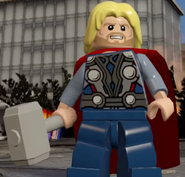 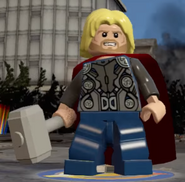 Thor Age of Ultron in LEGO Marvel's Avengers
Add a photo to this gallery
Retrieved from "https://legomarveldc.fandom.com/wiki/Thor?oldid=24754"
Community content is available under CC-BY-SA unless otherwise noted.