Squirrel Girl is a playable superhero who appears in both LEGO Marvel Super Heroes and LEGO Marvel's Avengers.

Doreen Green, a.k.a. Squirrel Girl, possesses a bushy prehensile tail and the ability to control squirrels at will. She fights crime with her ally, a super-genius squirrel named Tippy Toe.

Squirrel Girl does not have a major role in the story but is thought to have aided the heroes in their mission to prevent Doctor Doom and his team of villains from creating a weapon of mass destruction.

Squirrel Girl can be unlocked by the Dock Yard by digging through mounds. 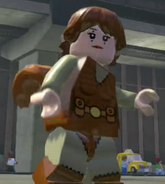 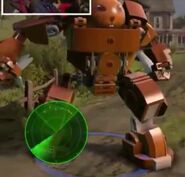 Squirrel Girl (Unbeatable) in LEGO Marvel's Avengers
Add a photo to this gallery
Retrieved from "https://legomarveldc.fandom.com/wiki/Squirrel_Girl?oldid=24332"
Community content is available under CC-BY-SA unless otherwise noted.