Groot is thought to be one of the many heroes that join together with the Avengers in order to prevent Doctor Doom from completing his weapon of mass destruction.

Groot is first introduced during the end credit scene of the game when Nick Fury is having a conversation with Black Panther. He is joined in his appearance by the rest of his group: Gamora, Drax, Rocket Raccoon and Star-Lord. 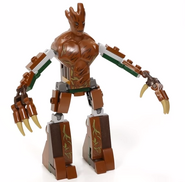 Groot in the sets. 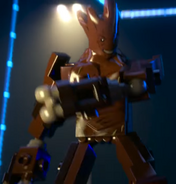 Add a photo to this gallery
Retrieved from "https://legomarveldc.fandom.com/wiki/Groot_(Comics)?oldid=23887"
Community content is available under CC-BY-SA unless otherwise noted.