The father of Peter Parker's best friend, Harry, businessman Norman Osborn moonlights as the unstable Green Goblin and has cause Spider-Man more tragedy than any other foe!

Green Goblin can be seen helping Doctor Doom create a weapon of mass destruction from the remnants of Silver Surfer's shattered board.

Later, Green Goblin is seen in Doom Castle where he defeats Human Torch before soon being defeated himself.

Green Goblin is unlocked upon completion of storymode.

Green Goblin in the Spider-Man (Theme) 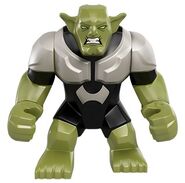 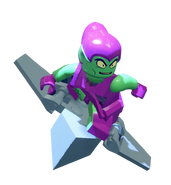 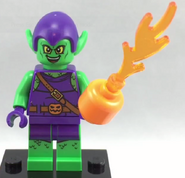 Add a photo to this gallery
Retrieved from "https://legomarveldc.fandom.com/wiki/Green_Goblin?oldid=24609"
Community content is available under CC-BY-SA unless otherwise noted.