Falcon is a member of the Avengers who appears in LEGO Marvel Superheroes.

Falcon does not have a major role in the story but is thought to have aided the heroes in their mission to prevent Doctor Doom and his team of villains from creating a weapon of mass destruction.

Falcon is unlocked when you purchase the preorder DLC Pack. 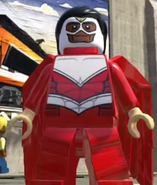 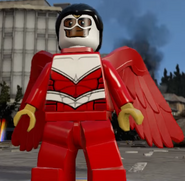 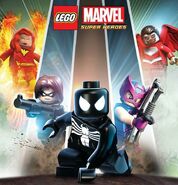 Super Heroes DLC Promotional
Add a photo to this gallery
Retrieved from "https://legomarveldc.fandom.com/wiki/Falcon?oldid=24030"
Community content is available under CC-BY-SA unless otherwise noted.