Beast Boy is a superhero from LEGO Batman 3: Beyond Gotham who is a member of the Teen Titans. He also appears in his Teen Titans Go! variation in LEGO Dimensions.

Beast Boy does not have any direct role in the story mode but is thought to aid the Justice League in their fight against Brainiac.

To unlock Beast Boy the player must unlock free play for The Big Grapple and complete Bat-Mite's mission. 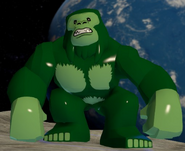 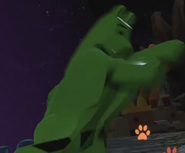 Add a photo to this gallery
Retrieved from "https://legomarveldc.fandom.com/wiki/Beast_Boy?oldid=22557"
Community content is available under CC-BY-SA unless otherwise noted.