Roy Harper aka Arsenal is Green Arrow's ex-partner who appeared in LEGO Batman 3: Beyond Gotham and LEGO DC Super-Villains.

Roy Harper does not have a major role in the story but is thought to have aided the heroes in their mission to prevent Brainiac from using the power of the lantern rings to fuel his shrink ray capable of shrinking planets into miniature size.

Roy Harper is part of the Arrow DLC. 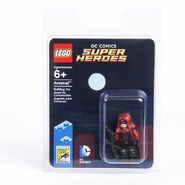 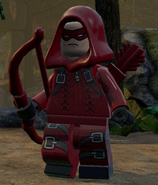 Roy Harper in LEGO Batman 3: Beyond Gotham
Add a photo to this gallery
Retrieved from "https://legomarveldc.fandom.com/wiki/Arsenal?oldid=23768"
Community content is available under CC-BY-SA unless otherwise noted.