Alfred is Batman's butler and the person who took care of Bruce Wayne after his parents died.

In LEGO Batman: The Videogame Alfred hasnt got such a huge role and you can buy him on the Bat Computer.

In LEGO Batman 2 DC Super Heroes he also doesn't have a huge role and you must collect 35 Gold Bricks to unlock him.

In Breaking BATS Alfred has a huge role. He and Robin are trying to stop Batman from destroying the Batcave. 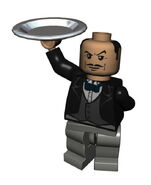 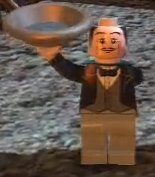 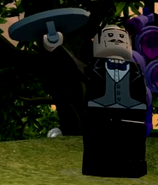 Alfred in LEGO Batman 3: Beyond Gotham 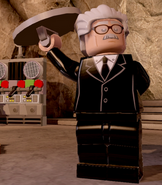 Alfred 1966 in LEGO Batman 3: Beyond Gotham
Add a photo to this gallery
Retrieved from "https://legomarveldc.fandom.com/wiki/Alfred?oldid=22570"
Community content is available under CC-BY-SA unless otherwise noted.