Agent Coulson is a character featured in LEGO Marvel Superheroes and LEGO Marvel's Avengers. He is an active member of S.H.I.E.L.D..

Agent Coulson is found throughout the entire story mode giving hints to the player as to how to complete each level successfully. However the player does not get the chance to play with Coulson during the storymode gameplay.

In order to unlock Agent Coulson the player must complete the Daily Bugle bonus mission called "Deadpool's Bonus Mission 1: Tabloid Tidy Up" which requires less than 20 gold bricks to unlock 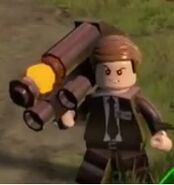 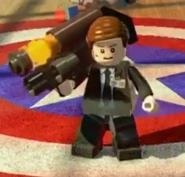 in Sets
Add a photo to this gallery
Retrieved from "https://legomarveldc.fandom.com/wiki/Agent_Coulson?oldid=24329"
Community content is available under CC-BY-SA unless otherwise noted.